A special day for pupils, parents and teachers of the city of Kalamata was on Saturday March 18, 2017 on the occasion of two separate events that took place in the field of the Bougas Schools.

Early in the morning at the school premises, the “Kagouro” International Mathematical Competition was held, which is aimed at primary, secondary and high school students. Students from many schools in the city came and tested their knowledge in Mathematics, taking all commemorative gifts at the end of the competition.

After the “Kagouro” contest, the “Vivliodromies”, which are organized for another year at the Bougas Schools, are addressed to students of the Kindergarten and Primary School of the prefecture of Messinia. This year’s theme was “Travel to Mythology”. Through many fun and educational games the children learned about the gods of Olympus, Heracles and other mythical heroes of Ancient Greece. Since Zeus had a fervor …. the surprises were many! Floor and table games, memory games, and more with mythological heroes, magical elements of physics, puzzles and relay tracks were just a few of the actions that our little friends took part in. Chess lovers enjoyed floor batches in an impressive chess, as his pieces are made of recyclable materials. The labyrinth was a challenge for those who tried to pass their trials and eventually managed to get out of it with a unique timer opponent. The Robotics Team of the Bougas Schools gave the “present”, presenting part of its work through video and radio-controlled cars made with Lego.

The day was completed with the theatrical play “The gods dwell in Olympus” by the theatrical group of the school “The tree with the apple trees”, while the older children had the opportunity to meet and meet the writer Aspasia Protogerou, with whom the book “Gods, heroes and monsters”, the children made a fantastic dive into the magical world of Greek mythology, enjoyed the roles of gods, heroes and monsters, and played “Mythrograms”, a fantastic floor game.

In the “Kallipateira” Hall of the Bougas Schools the children of the school in collaboration with god Posidon made magical experiments related to the element of water.

Our beautiful celebration was closed with a gift draw, an offer from the bookstore “Bookmark” (on Antonopoulou Pedestrian Street). We greatly thank all the children, parents and bookstore “Bookmark” of Kalamata and we renew our appointment for next year’s “Vivliodromies” in the same place for a different journey with a book ally. 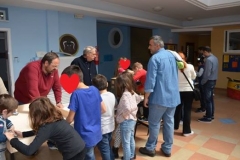 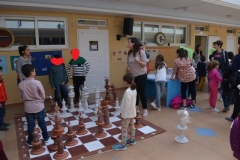 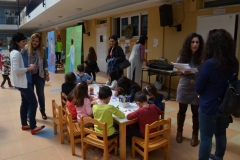 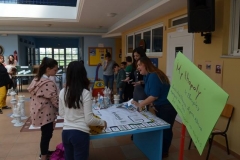 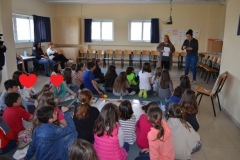 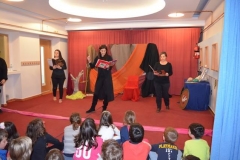 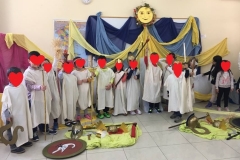