Arkki is the innovative , one of a kind European educational program and came to Greece by Vasilis Bartzokas and the company DESIGNEMBASSADOR.COM UG in co-operation with the educational organization AKTO.

It follows the successful pedagogical model of Arkki, which is based on the application used in Finland for many years . The Greek team of Arkki began working in schools, museums, cultural venues and AKTO facilities.

With games and constructions ,children aged 4-13 years old, , explore the world with all their senses and with their imagination  creating a different perspective. The children discover their talents and inclinations by doing activities, which help them learn how to experiment, design and see what they can accomplish , which is always very impressive.

A Trojan Horse, imaginary castles, magical islands, birds, nests and cities made from Lego or sweets, are only some of the models the children are asked to make with the guidance of Greek architects which have been specially trained in Finland.

All the Arkki programs cultivate the 3D perception , mathematical thinking and communication skills.

As for architecture? It is used as a way for children to have a lot of stimulus, which this science already has, so that it can help with establishing thought, boosting imagination , their creativity and in the end to get them to believe in themselves, so as to become the “architects “ of the future. 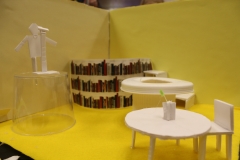 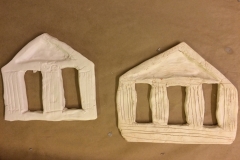 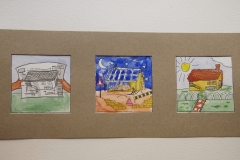 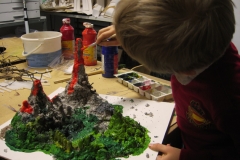 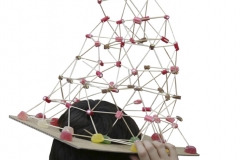 Our school, in its continuous effort to provide our students with a comprehensive education and to contribute to educational innovation and application, created the STEAM (research-enjoy-discover) group during the school year 2017-2018. The goal of STEAM (Science-Technology-Engineering-Arts-Maths) is to make children aware of how the real world works.

STEAM training is an interdisciplinary and integrated approach that emphasizes learning in practice and connects STEAM components with everyday life and the real world of students.

The STEAM Group is a journey made by children through Science, Technology, Engineering, Mathematics and Art 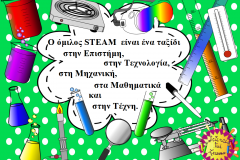 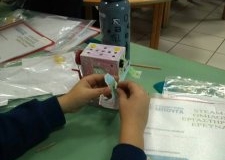 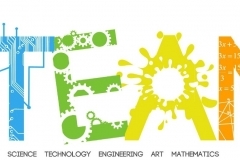 At Bougas Private Schools we make a beautiful weekly literary journey for children, inspired by the memorable writer Sophia Fildisi during many years. The Literature Group called “A World of Words to Choose” travels with the philologist and actress Christina Dimiza, who, with creative writing games, makes our little friends talk about their imagination and learn to “swim” in the beautiful seas that lead us to literary travel. By cultivating the love of little children for books, we cultivate their sensitivity. Our goal is to develop young students’ creative thinking, enrich their emotions, activate their imagination and inventiveness but also to cultivate their linguistic expression. Children learn to discuss various social, environmental, human and literary themes, while discussions and papers are always based on topics that interest the whole group. Finally, they learn to love books and understand the value of literature in our lives. Let us not forget that the book was and will always be an open window to the world.

The qualification of the Olympic Robotics Olympiad this year took place on Sunday 1 July in Athens. The topic of this year’s contest was “FOOD MATTERS” and there were many contest categories per age group.

The Robotics Group of the Buga Schools participated in 3 classes, Regular, Regular High School and Soccer. The team of the Elementary School with students Efstathia Theodorakopoulou, Hector Papanikolaou and Maria Elpidi and coach Charalambos Vassiladioti won the 4th place in their category after the 2nd round, while in the 1st round they reached 2nd place with 180/200 points. 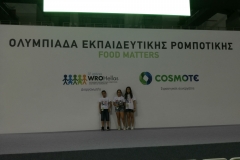 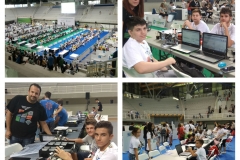 The 5th Panhellenic Educational Robotics Competition was held on the 16th & 17th of March 2019 in the Galatsi Closed Stadium. Primary category contests took place on Saturday March 16 and Secondary on Sunday 17 March.

On Saturday, the Buga Schools participated in the final representing the Peloponnese region, a group of the Open-Air Championship category “Aegean Sea” and a team in the “Football 2 × 2” category.

In the “Aegean Sea” category, the “EnergyKids” group presented an original idea of ​​generating electricity from the dynamic energy of water falling from a height in the sea during the night. In addition, other renewable energy sources that can be implemented on the island of Anafi were presented in the same work. The children, after doing a lot of research on the subject, built a model with the realization of their idea, presented it to the judges and took second place among 75 teams found in the final.

The team that made this important distinction consists of the following students: Theoka Erietta, Marilena Kutela, Malamas Apollo, Manolopoulos Xenophon, Balafoutis Vasiliki and coach Koutalidis Konstantinos. In the “2 × 2 Football” category, Roboyz made up of Kostolia Nikolaos and Kostopoulos Dimitris scored 2 wins and 2 defeats and failed to qualify for the final eight.

On Sunday, two high school groups took part in the category “The streets of wine in Northern Greece”, BougaBots with their students Aggelopoulos Konstantinos, Theodorakopoulou Efstathia, Sarli Giorgos and BougaBots2 with Manolopoulou Dimitra, Xinho Giorgos and Papanikolaou Hector. In this category, the kids competed with a robot that they designed and planned to implement some rules and solve the exercise given by WROHellas. 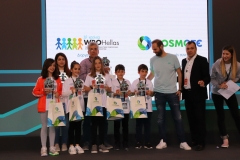 During the school year 2018-2019, our school participated in the program “Healthy Children, Healthy Planet”, designed by WWF Hellas with the help of the Charokopio University.

The main goal of the program implemented in many schools around the country is to educate children to adopt eating habits that are good for their health and the environment.

Within the framework of the program and with the essential guidance of teachers, children have understood the ecological meaning of food, have become familiar with healthy eating choices, have become aware of food waste, and are constantly encouraged to follow a nutritional standard that will satisfy their development needs and will be an optimal choice for the future of the planet.

The program, in which all primary school classes are involved, is a pedagogical choice that insists on seeing students as tomorrow’s citizens who, with their critical thinking and conscious choices, have the power to shape a better future for themselves and the world. 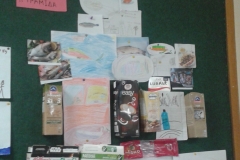 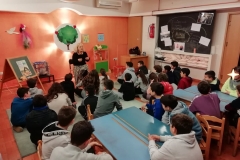 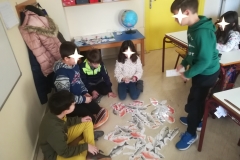 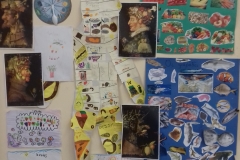 On the weekend of 6th and 7th of April 2019, the “NAFPLIO – ARTIVA 5th FESTIVAL FOR CHILDREN–YOUTH MUSIC FESTIVAL” was organized in Nafplio. The fESTIVAL’s artistic program is free and not competitive. The festival was held in “The Old Parliament Building” in the central square of Nafplion.

Our school with the 6th grade choir, the high school choir and the choir of the Children’s Creative Centre. 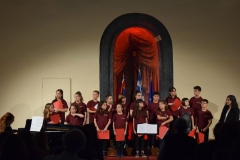 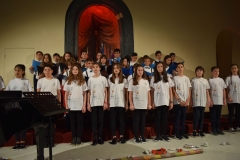 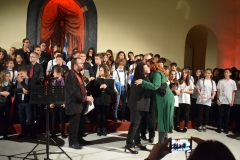 This year, we created the first Festival of Performing Arts On stage … from the heart at our school.

Songs, theatrical plays, acting, improvisations, scientific concepts and terms are everything we’ve learned, everything we’ve felt, everything we want to change. And we offered them on stage … from the heart. We connected the Art of Theater with Choir Art and  voices, made them words, music, songs with the deep conviction that through art we communicate all more and more deeply. 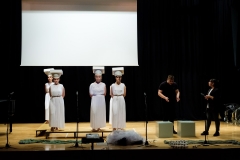 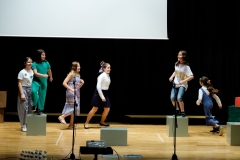 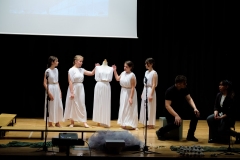 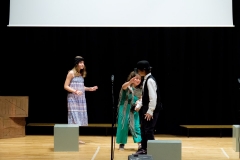 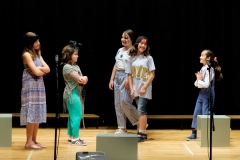 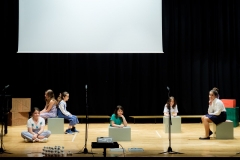 Through the website of the bougas-school.gr  every citizen can have access to the weather and watch the weather conditions online in our area as the data is updated every 10 minutes!