We believe that people of letters, arts, and sciences are always admired by students,  influencing their personality positively and being role models of life and behavior.

Our students have the opportunity to come into direct contact with important personalities who visit our school, speak with them and are exemplary in their words and actions. Some prominent personalities which have visited our school are :  Stamatis Krimizis, Grigoris Stefanopoulos, Thanasis Valtinos, State Council President Konstantinos Menoudakis, the authors, Manos Kontozas, Sofia Parashou, Kiki Tzortzakaki,Kostas Arkoudeas.

So we would like to warmly thank the people who conveyed their work to our children, encouraged them and helped them  set high goals and gave them a vision that will enlighten and lead their lives.

He visited our school in September 2008. 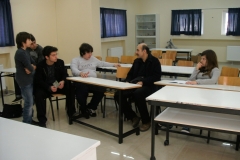 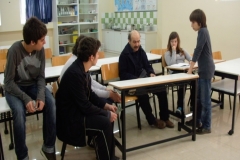 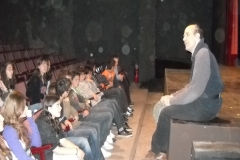 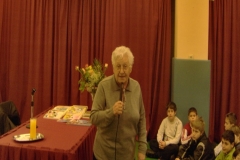 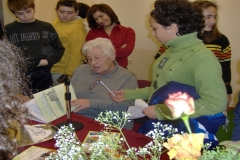 Professor of Chemistry and Biotechnology at MIT and Harvard.

“Chase your dreams. Work hard and set high goals. Don’t listen to anyone  who is trying to discourage you from becoming something great. Believe in your dreams and fight for them, because only then will you make  them come true.” 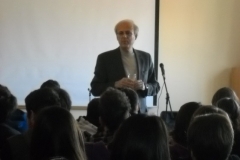 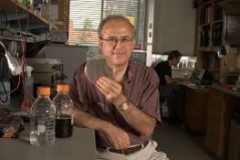 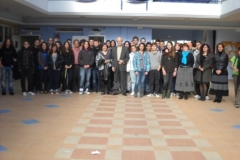 “We can turn fear, anger and indignation into power, ideas and creative energy.”

“We can be optimistic if we individually and collectively fight for the regeneration of the political system.”

Mr. Valtinos visited our school in May 2014.

“With talent, work, even the most extreme dreams come true.” 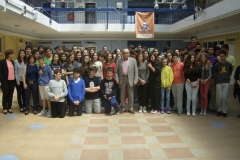 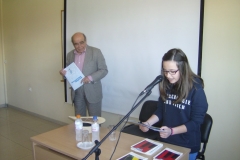 Ms. Kiki Tzortzakaki visited our school in January 2011 and February 2013.

“It’s easy to become a parent, but it’s hard to be a parent.”

“Nobody knows when to become a parent, what to do. Let him know at least what he should not do. ”

“Communication is an art and it can be taught.”

“For kids to be wise, we have to keep them busy.”

Mr. Konstantinos Menoudakis visited our school in May 2013.

“Due to the critical conditions that the country is going through, we cannot be dogmatic with the interpretation of the Constitution.” 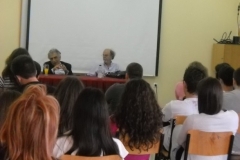 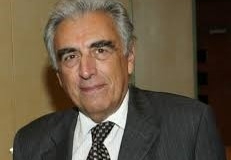 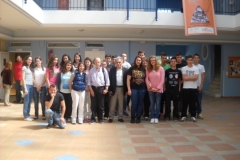 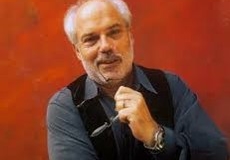 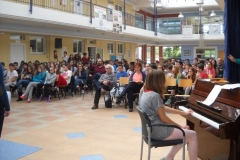 Professor of Classic Archeology at the University of Crete .

Head of  the excavations  of the Archeology Organisation in Ancient  Messini and in charge of the restoration work. 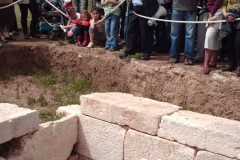 “I love kids, books and writing.”

“..Why do the good have to be beautiful? What does external appearance have to do with the beauty of the soul? … » 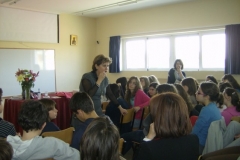 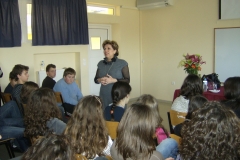 “Give yourself the chance to be lucky. With a vision, hard work, with love for knowledge, with

Stamatis Krimizis : The person who lived and formed the beginning of the Space Age.

On Friday 09/11/2018 Stamatis Krimizis – the academician and distinguished scientist visited Kalamata after being invited by Ekpedeftiria Bouga. He is the only scientist who has taken part in all missions towards all the planets, from the Mariner 4 – his first mission to Mars in 1965 (14 th July) until the mission with NewHorizons to Pluto, the mysterious dwarf planet of our Solar System (on the 14thof July 2015 NewHorizons went past Pluto at a very near distance). He talked about his experiences of half a century of hard work exploring the Solar System , but he went beyond that too – describing the vast interstellar space area to our fellow citizens and students. Specifically, in the morning he spoke to the 5 th and 6 th year students of our Primary School and to the High School and Lykeio students -(two brilliant speeches- conversations)- about his personal journey from Vrontado in Chios ,until he got to the Space Institute of John Hopkins University in America.

In Vrontado , which is well-known for its rocket war during Easter, he started to “build” his CV because of the improvised rockets which he made with his fellow students. He also talked about his various space missions, which he implemented with his co-workers at the Applied Physics Lab of John Hopkins University . Furthermore, he emphasized two things. Firstly, the value of co-operation for the success of high standard scientific programs and showed photographs with scientists of different fields of study , who he worked with during missions. Secondly, he highlighted the importance of meeting people in a scientist’s life , as they can be role models who will inspire and guide them correctly. For Stamatis Krimizis, that person was professor VanAllen at the University of Iowa, who made him co-reasearcher in his first space mission “throwing him in the deep end “ as Mr. Krimizis said.

On the same afternoon, in the amphitheatre of Kalamata’s Labour Centre, at an event organized by Ekpedeftiria Bouga and the bookstore “Vivliopolis”, the professor helped us travel to the end of our Solar System, where one of the spaceships he has constructed is . The professor advised the young people of Greece to love knowledge, to have ethics and to pursue excellence in their life. He finished his speech with his favourite poem by Konstantinos Kavafis “Thermopyles”., and was applauded by the audience.

It is remarkable that in times of financial crisis, which has stopped young people from dreaming and being ambitious, that a scientist came along to repeat advice he had heard from his professor VanAllen “Give yourself the chance to be lucky! How? With hard work, vision , love for knowledge and not for the “paper”, with ethics and integrity.” He pointed out that they should be interested in “what they know and not who they know.” 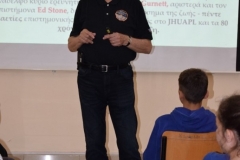 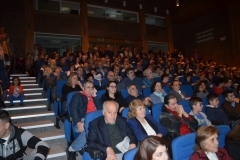 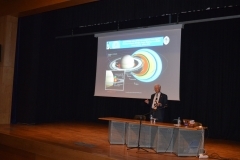 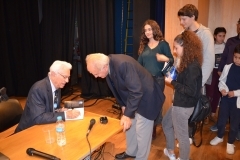 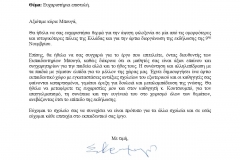 “My effort is focused on creating a quality focus for the science book of both the sciences and the humanities.” 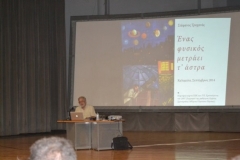 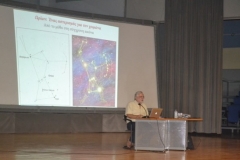 In 2006 the French government gave him the title of “ Chevaler dans l’Ordre des Palmes Academiques” for his services in education and culture. 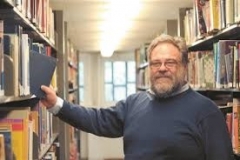 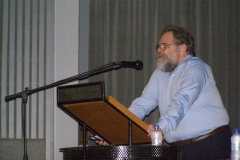 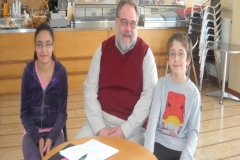 Mr. Chrysostomos visited our school in November 2007 and December 2014.

“I believe that  young people have been on a very difficult path and a turning point in Greek society.”

“You will get tired and you will experience too much.” “… We will not be led unless we change our mindset and the way we deal with human relationships and human societies.”