The 4th Pan-Hellenic Educational Robotic Competition was held at the Galatsi Olympic Arena in Athens on 4-03-2018, under the auspices of the Ministry of Education and Religious Affairs.

The contest consists of 4 categories. For Primary School this year’s contest invited students to imagine the exciting future by building automation models according to the theme of “Mars settlement” or playing “Wedo 2.0 Football”. The Secondary School Competitive Circuit invited students to quickly build robots to solve problems related to the historical subject of the “Byzantine Empire and Communications (Fryktories)”. High school students were asked to create a free inspirational construction that will run on renewable energy sources and contain automation that solves problems in people’s everyday lives, according to the topic “Sustainable Development and Entrepreneurship”.

Bougas’s school participated in the competition with 3 teams of primary school students and 3 teams of secondary school, of which 3 teams passed to the Athens Final through a regional competition held in Nafplio on 24-2-2018.

In the Primary school category 2 teams participated in the subject of “Mars settlement”, SpaceOxygen and PytheasMission. The first team consist of the students: Maria Elpidi, Lydia Zerva, Ioannis Kartsonas and Ioulieta Antonopoulou, while second team consist of: Dimitra Manolopoulou, Vicky Kostolia, Nikolas Kostolias, Marilina Koutsoubou and Efstathia Theodorakopoulou. The teams developed their ideas by constructing mechanisms and programming them with Scratch’s programming language. SpaceOxygen qualified to the final where it managed to get into the 20 best teams of the Contest. The third team of Primary School with the students Elias Pontikis, Marianna Papakonstantinou and Hector Papanikolaou took part in the football category, which was first piloted, with a victory and three defeats.

At this point, we would like to point out that it is not fair for the scores of the local-regional Peloponnese competition to differ greatly from the rankings in the Pan-Hellenic Competition.

BougaBots 1, which qualified in the final, was having a very good presence in the regional competition. In the final they scored several points in A and B phase of the competition winning the ticket for the C Phase with the 24 best teams in the competition. At this stage a surprise exercise was given to students. BougaBots 1 team was one of the few teams that tried to solve it, as its solution was very demanding. They managed to solve it and they were very close to the right achievement. They finaly manage to conquer the 18th place. 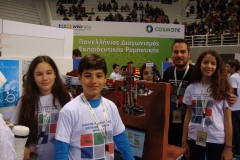 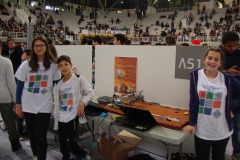 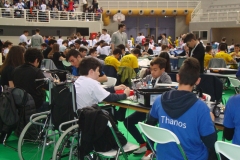 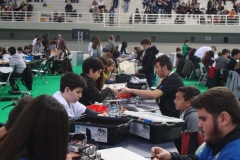 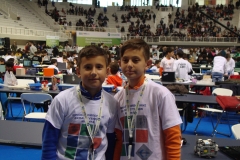 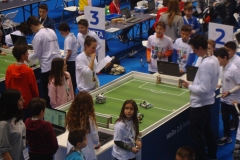 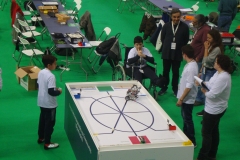