The Goalball National Team came 1st in  the World School Championship, ISF Word Schools Inclusive Games in Portugal. One of the members of the National Team is the student of the Ekpedeftiria Bougas High School, Panagiotis Dimitropoulos, while one of the coaches is the teacher of Physical Education at the private school, Mrs. Tsiala Panagiotas, who accompanied the athletes to Portugal. In addition to the joy of the sport, the organizers offered the children the chance to get to know Porto and to tour the Natural History Museum.

The excitement and joy of the Bougas School’s potential is profound, as the school and its citizens are introduced to the sport, which was launched in December 2018, as a school initiative aimed at raising awareness of the visually impaired. For this reason, four introductory presentations were held exclusively for pupils of elementary schools,  high schools and lyceums in the area under the auspices of the Municipality of Kalamata, in cooperation with the Primary and Secondary Education Divisions  of Messinia and with the Panhellenic Association of the Blind.

Panagiotis Dimitropoulos, a student, had the opportunity to get to know the sport and experience the joy of effort, victory and competition in a game that justified the effort, shared the joy and became  parents, educators, schools, supporters , promoters  and the Goalball National Team proud.

Panagiotis and all the athletes became worthy ambassadors of the message of the competition: “Anyone can play. Everyone wins ”.

His coach, teachers, and school management, congratulate the athletes of the National Team, feeling proud of the student, Panagiotis Dimitropoulos, who, although is  not visually impaired, competed under the same conditions as the mixed National Team and had remarkable performances, conveying not only the message of the value of sport but also the sensitivity, cooperation, optimism and genuine joy of the game. 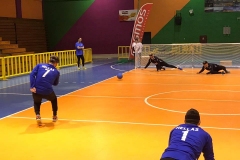 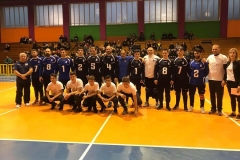 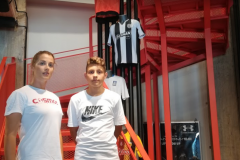 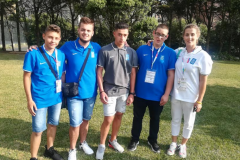 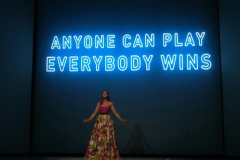 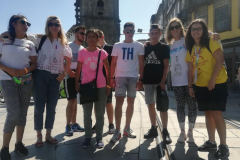 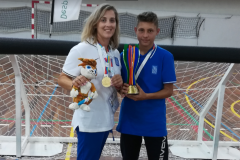